To share your memory on the wall of Roger Ringuette, sign in using one of the following options:

Roger leaves his wife, Irene Windsor, her daughters Joan Gates and Kim McCarthy and their extended family, as well as his three loving sons: Mario and his wife Christine of MA, Paul and his wife Leslie of MA, and Kevin and his wife Rachel of ME. He is survived by his seven adoring grandchildren and their families: Amanda and Patrick Simpson, Robert and Kyle Dennis, Michael and Ashley Ringuette, Julie Ringuette, Alyssa and Christian Collins, Justin Ringuette, and Emily and Joshua Covel. Great grandchildren include: Thomas and Benjamin Simpson, Noah Dennis, Olivia Collins, and two new babies on the way. He was predeceased by his wife of 49 years, Berthe (Tardif) Ringuette, in 2012.

At this time, there will be no services due to international Covid 19 restrictions. In lieu of flowers, family and friends may wish to dedicate a Catholic Mass in Roger’s memory, make a donation to their local food pantry, or raise a toast after sharing a memory with others who knew and loved him.
Read Less

To plant a memorial tree in honor of Roger Ringuette, please visit our Heartfelt Sympathies Store.

Receive notifications about information and event scheduling for Roger

There are no events scheduled. You can still show your support by sending flowers directly to the family, or planting a memorial tree in memory of Roger Ringuette.
Plant a Tree

We encourage you to share your most beloved memories of Roger here, so that the family and other loved ones can always see it. You can upload cherished photographs, or share your favorite stories, and can even comment on those shared by others.

Posted Apr 27, 2021 at 10:07pm
Roger and Berthe help Gilbert and I out when we were fist married .we didn’t have a car back then and Friday night we would all pile up in his car Roger ,Berthe ,Mario ,Paul and Kevin we would go to McDonald then food shopping. He as always full of joke he made us laugh..Our thoughts and prayers are with my nephews and there family.Hug all our love ones when you meet them up in Heaven..xoxoxo
RIP Roger
Comment Share
Share via: 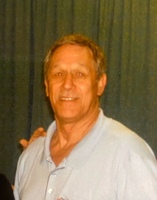