To share your memory on the wall of Gloria Jones, sign in using one of the following options:

Receive notifications about information and event scheduling for Gloria

We encourage you to share your most beloved memories of Gloria here, so that the family and other loved ones can always see it. You can upload cherished photographs, or share your favorite stories, and can even comment on those shared by others.

Posted May 07, 2021 at 07:09pm
We all loved Gloria (and Charlie, too). Even after Chuck died, Charlie and Gloria, Martha and Craig still treated me like a daughter/sister. They also thought of my children as their grandchildren. How lucky have I been to have known them for my entire adult life (since I was 20). Gloria was so thoughtful to everyone she knew. Her house was like Grand Central Station, with family, friends and children constantly coming and going - and she loved them all! I will miss the sense of groundedness my second mother gave so freely. The extended Wallace family was (and still is) so wonderful - really great, welcoming people. I have been so fortunate to have been part of it. Thank you Gloria. God bless you always. You will be forever in my heart. Love, Heids ❤️

Posted Apr 30, 2021 at 12:41pm
My sympathies to the family. I always loved her laughter. She was always generous with sharing food. I remember her bringing a pie to my parents when they were older when she would go to Bangor. She always thought of others first. I remember her telling stories of how much she loved her grandbabies. One day we visited and Martha's girls, one a baby and one a toddler, were at her feet. Another time we went to a big spaghetti feed at her house. I remember a HUGE pot full of spaghetti sauce. Food, children and helping her others was what Gloris was all about.
Comment Share
Share via:
JB

Posted Apr 27, 2021 at 11:49am
Received the news of Aunt Gloria passing away on Monday 4/26 . Nancy and I send our love an Thoughts an Prayers to everyone in the Jones family . We know that she is in a Beautiful place now smiling down at us from heaven
Comment Share
Share via:
BL

Posted Apr 27, 2021 at 11:36am
My condolences for your loss, Gloria always had a smile and good word to everyone. Such a nice lady which will be missed. Always seemed busy and on the go. May God grant the family peace. Bruce
Comment Share
Share via:
CH

Posted Apr 27, 2021 at 12:32am
I will miss my Aunt Go Go very much. Even though I grew up in Hawaii I have so many special memories of her! She was a very loving and caring Aunt to my brother, Steve and I. Rest now Aunt Go Go and have eternal peace with those who you have missed. 🙏🏼❤️😘
Comment Share
Share via: 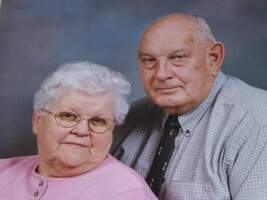 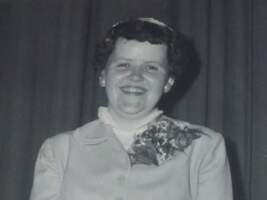 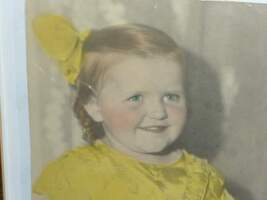