To share your memory on the wall of Lois McCormick, sign in using one of the following options:

Receive notifications about information and event scheduling for Lois

We encourage you to share your most beloved memories of Lois here, so that the family and other loved ones can always see it. You can upload cherished photographs, or share your favorite stories, and can even comment on those shared by others.

Plant a Tree in Memory of Lois
Plant a tree
4 trees have been planted in memory of Lois V. McCormick (Grant)
TM

Posted Jun 02, 2021 at 04:51pm
Dearest Beth - We're thinking of you and the McCormick family as you send your guardian angel to join your Dad in heaven! With love,

3 trees were planted in the memory of Lois McCormick

Thank you so much for your kind words and generous donation of wildlife in the memory of my mother! Your thoughtfulness will always be remembered. With fondness, Beth
ET

Thank you so much Earline for your kind words and for planting a tree in Mom's memory. She always valued your friendship greatly. ~Beth
ET

Posted Jun 02, 2021 at 02:03pm
My condolences are with you, Beth and your family. Your mom was a delightful person all away around. She was so good with the patients when she worked as our nurse at Dr. Gulesian, Sr. office. And when I got to Lincoln, I always looked her up and we always had a nice chat between the two of us. Yes, she will be surely missed. My love and prayers go out to you. God is good and he will always take care of her now and there will be no more suffering and pain.
Love & Prayers, Earline Temples
Comment Share
Share via:
BW

Thank you so much for your kind words. She always had nice things to say about you as well. It was nice that you both kept in touch after you moved away.
TE

Posted May 31, 2021 at 08:19am
Aunt Lois was such a wonderful lady. Full of love, laughter and a great smile. She will be missed greatly.
Comment Share
Share via:
BW

Posted May 31, 2021 at 12:24am
Beth I’m so sorry to hear about the lose of your mother.God Bless your whole family Phyllis Goodine
Comment Share
Share via:
BW

Thank you so much. It is kind of you to reach out to me. Take care. 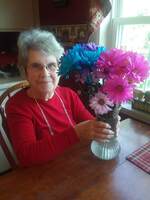 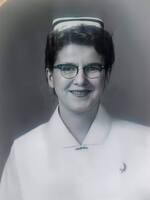