To share your memory on the wall of Frank Coy, sign in using one of the following options:

Frank leaves one daughter and three sons – Julie and Daniel of North Carolina, Frank Jr and Summer, also of North Carolina, Joshua and Victor of Florida, and Michael and Becky of North Carolina; four brothers, William and Carman of Georgia, Stanley and Pat of Maine, Charley and Cheryl of Maine, Arthur of Maine; a sister, Florence Hunsinger of Maine; seven grandchildren, Paige, Cody, Gabby, Larry, Jacob, Kailyn, and Nate; a great grandson, Gannon; and many nieces and nephews. Frank will be missed by all who knew him. In addition to his parents, Frank was predeceased by four brothers, Gilbert, Robert, Erwin, and Harold, and three sisters, Frances, Laura, and Myrtle.

Frank loved to go fishing with his uncles Charley Harding and Eugene Labelle and other family members, and he also loved to go riding with Charley to see if they could see wildlife. Services will be held later in the summer..
Read Less

To plant a memorial tree in honor of Frank Coy, please visit our Heartfelt Sympathies Store.

Receive notifications about information and event scheduling for Frank

There are no events scheduled. You can still show your support by sending flowers directly to the family, or planting a memorial tree in memory of Frank Coy.
Plant a Tree

We encourage you to share your most beloved memories of Frank here, so that the family and other loved ones can always see it. You can upload cherished photographs, or share your favorite stories, and can even comment on those shared by others.

Uncle Frank I may not have seen you for years but I've never forgotten your special memories you gave to my life. 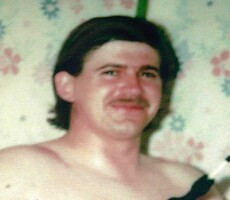