To share your memory on the wall of Terrence Applebee, sign in using one of the following options:

He was born on December 5, 1947 in Lincoln to Hazel (Smith) and Sylvan Applebee. He gradua... Read More
Enfield – Terrence Smith Applebee, 73, loving father, grandfather, brother, and uncle passed away unexpectedly on February 13, 2021 at his home.

He was born on December 5, 1947 in Lincoln to Hazel (Smith) and Sylvan Applebee. He graduated from Penobscot Valley High School in Howland in 1966, and soon after he followed in his older brother’s footsteps and enlisted in the United States Air Force, where he served a one year tour in the Vietnam War. He was employed at Lincoln Pulp & Paper for 46 years before retiring on 12/12/12.

Terry was known for his storytelling and finding the humor in every situation. He enjoyed spending time with all of his children as well as his brothers, sisters, and many nieces, nephews, and cousins. He was a member of many organizations that were very important to him including life member of the West Enfield VFW Post #1605, the Fraternal Order of Eagles #3177 Brewer, the Horeb Lodge #93 Lincoln, Mosaic Chapter #74 Lincoln. In addition he served as the Post Commander of both the VFW Post 9429, West Enfield (2006-2011) and American Legion Post 97, Howland (2013-2015).

Burial and graveside services by a Master Mason with the Military Honor Guard will be held in the spring at Applebee Cemetery in Enfield. Arrangements are by Lamson Funeral Home, Clay Chapel, Lincoln.
Read Less

Receive notifications about information and event scheduling for Terrence

There are no events scheduled. You can still show your support by sending flowers directly to the family, or planting a memorial tree in memory of Terrence Smith Applebee.
Plant a Tree

We encourage you to share your most beloved memories of Terrence here, so that the family and other loved ones can always see it. You can upload cherished photographs, or share your favorite stories, and can even comment on those shared by others.

Plant a Tree in Memory of Terrence
Plant a tree 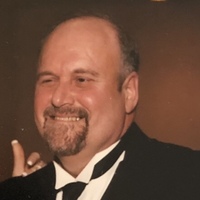