To share your memory on the wall of Raymond Darveau, sign in using one of the following options:

To plant a memorial tree in honor of Raymond "The Colonel" Darveau, please visit our Heartfelt Sympathies Store.

Receive notifications about information and event scheduling for Raymond

We encourage you to share your most beloved memories of Raymond here, so that the family and other loved ones can always see it. You can upload cherished photographs, or share your favorite stories, and can even comment on those shared by others.

Posted Mar 29, 2021 at 04:56am
Dear Sue and Ray's family. We are so sorry to learn of the passing of Ray. He was a great guy and will be missed by his family, friends, and in the community. Take care and God Bless, Dusty & Judy
Comment Share
Share via:
JW

Posted Mar 26, 2021 at 09:18am
We will still cry. We will always cry. But with loving reflection than with hopeless longing . That is how we survive. That is what they would want.

Posted Mar 26, 2021 at 08:35am
Ray was always very kind to me when we would gather at DAV Maine State Conventions. Ray was a wonderful person & will be missed. Please be strong, Sue. God Bless. You are in my prayers.
Bernice B. DeBlois US Army retired
Comment Share
Share via:
WW

Posted Mar 24, 2021 at 09:04pm
Went to school with Raymond and had many good laughs thru high school. Rest In Peace and sail on. Condolences to his family.
Comment Share
Share via:
DD

Posted Mar 24, 2021 at 07:48am
My sincere condolences to the family. Ray was a gruff sweetheart who loved his wife and family beyond measure. He will be sorely missed by all who knew him. Fly high my friend.
Comment Share
Share via: 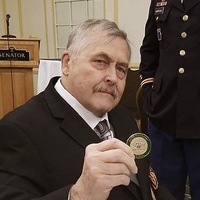 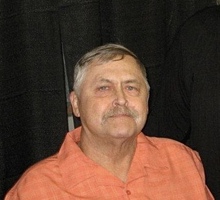