To share your memory on the wall of Michael Gordon, sign in using one of the following options:

Print
Lincoln – Michael Jay Gordon, 50, passed away Monday, April 12, 2021 at his home due to a tragic accident. He was born August 26, 1970 in Millinocket, the son of David and Christine (Perkins) Gordon.

Michael grew up in Mattawamkeag, a... Read More
Lincoln – Michael Jay Gordon, 50, passed away Monday, April 12, 2021 at his home due to a tragic accident. He was born August 26, 1970 in Millinocket, the son of David and Christine (Perkins) Gordon.

Michael grew up in Mattawamkeag, attending the Dr. Carl Troutt school there, and was a graduate of Mattanawcook Academy, class of 1988. Michael began working for the Sargent Corporation in 2003 and worked his way up to Superintendent before leaving in 2017 to start his own company, MJ Gordon & Son so he could be closer to his family and home. He loved his co-workers and friends at the Sargent Corporation and thought of them as extended family. Michael loved working with construction equipment, sometimes working three jobs at a time. He was lucky to have found his itch and to spend every day doing what he loved. Michael worked many long and hard hours to provide for his family, who meant everything to him. He fostered a love of Disney in his three children, where they enjoyed many vacations and deeply treasured memories. No matter how many hours he was working, or the distance away from home, Michael always managed to make it back for any sporting event his children were involved with. Christmas was always made special by visits from Santa, although for some reason, Michael was never around when Santa showed up! He coached Lincoln Little League baseball and softball. Michael loved baseball and had planned on visiting every Major League ballpark with his wife. He also loved spending time at his camp on Cambolassee Pond, as well as hunting and fishing. Michael had a strong work ethic and expected the same from those around him. He was deeply respected and loved by his coworkers, friends, and family who will miss him dearly.

In addition to his parents, Michael is survived by his wife of 26 years, Raejean E. (Norris) Gordon; three children, Clairice (Gordon) Sibley and her husband Mitchell, Courtney Gordon – aka “Court-Court”, and Michael D. Gordon and his girlfriend Kaylee Jipson; a brother, Douglas Gordon; his father and mother in law, Robert and Gloria Norris; and several brothers and sisters in law, aunts, uncles, nieces, nephews, cousins and friends, too numerous to list. Michael had a special place in his heart for his great nieces, Larrea, Mya, and Denali. He was predeceased by his grandparents, Gordon and Elaine Perkins, Stanley Gordon and Leah Perry, and his best friend, Lee Rush.

Memorial services will be held 10 AM Saturday, April 17 at the Lamson Funeral Home, 7 Lee Road, Lincoln. Pandemic guidelines will be observed, including mask wearing and social distancing. Services will be livestreamed, and messages of condolence may be expressed, at Michael’s Book of Memories at www.lamsonfh.com.
Read Less

Receive notifications about information and event scheduling for Michael

We encourage you to share your most beloved memories of Michael here, so that the family and other loved ones can always see it. You can upload cherished photographs, or share your favorite stories, and can even comment on those shared by others.

Posted Apr 24, 2021 at 03:46pm
With deepest sympathy to Christine, David, Raejean, Claire, Court Court and Mike. He will be missed by so many . My heart aches for you all!

Posted Apr 21, 2021 at 02:42pm
Raejean and family my thoughts and prayers are with you during this difficult time. My deepest sympathy, Priscilla York
Comment Share
Share via:
JH

Posted Apr 16, 2021 at 11:03pm
My heart goes out to Christine, Doug, and all of Mike’s family. As a member of the Class of ‘88, I grew up with Mike. He was one of the very best. Always good natured, a little mischievous, and such a bright light in all our days. I remember that he loved his mother and brother very much, and he was a good friend to all. He always cracked us up and made us smile when we were kids. It’s been about 30 years since we last connected after Lee’s passing. I pray that they are together now and enjoying another laugh or two. He was the kind of kid that every parent hopes for, and I will never forget how many laughs we all had with him. My heartfelt sympathy to Mike’s wife , children, and loved ones. Your family pictures are so beautiful and filled with genuine love and joy. May the good memories carry you through this heartbreak. Christine and Doug, sending you all my love through this very difficult time. Keeping you all in my thoughts and prayers. Julie (McAloon) Hackett
Comment Share
Share via:

Posted Apr 16, 2021 at 10:19am
Any time our family members have had the pleasure of being with any member(s) of Michael's family or friends - laughter and excitement went hand in hand with the event. Our hearts will carry the wonderful times we shared, conversations we had and the numerous thoughtful actions Michael freely offered our family. Love to All - Our Sincerest Sympathies, Jenee', Tia, Debbie and Don Tardy, Lily, Sylvia Goding and Tommy aka Mufasa.
Comment Share
Share via:
CS

Posted Apr 15, 2021 at 03:33pm
David, we are so sorry to hear you find yourself experiencing every parent's nightmare, the anguish of losing a child. There are no words that can comfort you....we just want you to know we are thinking of you and your family. May Micheal's memory be a blessing to you.
Jim and Claudia Sienko
Comment Share
Share via: 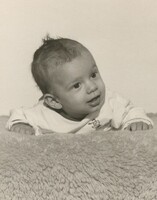 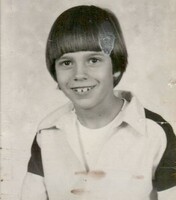 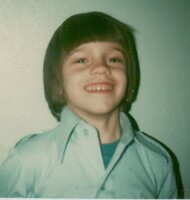