To share your memory on the wall of Linwood Roix, sign in using one of the following options:

To plant a memorial tree in honor of Linwood Roix, please visit our Heartfelt Sympathies Store.

Receive notifications about information and event scheduling for Linwood

Print
Funeral services will be private, due to the maximum number of attendees limited because of Pandemic Guidelines

We encourage you to share your most beloved memories of Linwood here, so that the family and other loved ones can always see it. You can upload cherished photographs, or share your favorite stories, and can even comment on those shared by others.

Posted Dec 28, 2020 at 10:44am
We've had the honor & privilege of knowing Linwood for many years. Your family is in our thoughts and prayers, always. He was such a gentle man.

Posted Dec 27, 2020 at 10:12am
Brenda and family,
My deepest sympathy to each of you. I am so glad I had the pleasure of meeting your dad a few years ago,
Knowing a little about how well you all attended his needs, I certainly know he was blessed to have each of you.
My prayers are with you.
Sylvia Hunter
New Hampshire
Comment Share
Share via:
GM

Posted Dec 25, 2020 at 06:00am
Sandra, Brenda and Linda,
I was saddened on the passing your your dad. He was a kind, soft spoken guy who was respected by all who knew him. There is no doubt today as to where he is. I hope that all your hearts mend and only sweet memories remain. Hey to all you spouses and grandchildren as well.
George Martin
Comment Share
Share via:
MB

Posted Dec 24, 2020 at 12:07pm
So very sorry to hear of Linwood’s passing. May The Lord be with you all through this difficult time .God bless you all.
Comment Share
Share via:
J

Posted Dec 24, 2020 at 07:03am
Dear Linda and family. I am so sorry to learn of the passing of your Dad. Take care and God Bless. Judy
Comment Share
Share via: 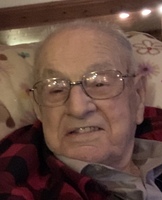 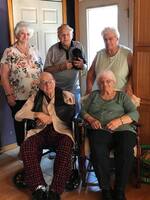 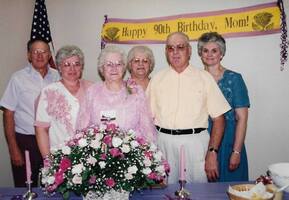 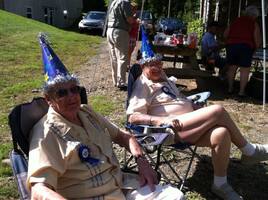