To share your memory on the wall of Linda Neal, sign in using one of the following options:

Receive notifications about information and event scheduling for Linda

We encourage you to share your most beloved memories of Linda here, so that the family and other loved ones can always see it. You can upload cherished photographs, or share your favorite stories, and can even comment on those shared by others.

Plant a Tree in Memory of Linda
Plant a tree
1 tree has been planted in memory of Linda M. Neal (Bouchard)
ND

Posted May 26, 2021 at 11:24am
Please accept our condolences for the loss of Linda. I often worked on committees with Linda and will always cherish her work ethic and kind ways of sharing her thoughts. Students young and older always had fond memories of her. We will miss her, Norm, Evie, Chris and Renee Dubois
Comment Share
Share via:
RT

Posted May 23, 2021 at 05:53pm
Please accept our most heartfelt sympathies for your loss... Our thoughts are with you and your family during this difficult time. 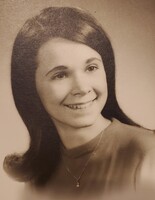