To share your memory on the wall of Jean Plourde, sign in using one of the following options:

Print
Millinocket - Jean (Whirty) Plourde, 86, passed away in her home Wednesday, March 17, 2021. She was born February 5, 1935 in Millinocket, the daughter of Vincent and Vera (Berry) Whirty.

Jean grew up in Millinocket. Following graduation ... Read More
Millinocket - Jean (Whirty) Plourde, 86, passed away in her home Wednesday, March 17, 2021. She was born February 5, 1935 in Millinocket, the daughter of Vincent and Vera (Berry) Whirty.

Jean grew up in Millinocket. Following graduation from Stearns High School she moved to Indiana where she attended beautician school. She returned home and married Harold “Herk” Plourde on June 25, 1955, and together they would raise their three children.. Jean worked as an office manager at Bee-Line Cable Company for many years.

She was a long-time member of the Emblem Club where she served multiple years as president. Together with her husband, she was an active member and dedicated servant of the Elks where she created cherished, life-long friendships. Jean spent many hours using her cooking and organizational skills providing meals and entertainment for numerous yearly club events. Jean and her husband Herk saw a need to provide companionship for senior citizens at Christmas time. Together they instituted an annual senior citizens Christmas party and dedicated countless hours to assuring that it went off year after a year at the Elks without a hitch. Jean and Herk enjoyed a large social life which included many years of travel, camping, games and laughter with their close group of friends.

She is survived by three children: Ross Plourde and his wife Lisa, Cheryl Plourde, Jim Plourde and his wife Kelly, four grandchildren: Jordan Plourde and her significant other Ross, Alec Plourde, Eric Plourde, Steven Preble and his fiance Melissa McVey, two great grandchildren: Annibel, and Avritt, her sister Elizabeth “Betty” Boudreau, two brothers-in-law: Dean McLaughlin and Bernard Plourde, and many beloved nieces and nephews. In addition to her parents, she was predeceased by her husband of 62 years, “Herk” Plourde, two sisters and three brothers.

Jean's family would like to extend a thank you to Dr. Dustan, Community Health Hospice, as well as numerous friends and compassionate caregivers with special acknowledgment to family friend and caregiver Cathy Levesque,

Receive notifications about information and event scheduling for Jean

We encourage you to share your most beloved memories of Jean here, so that the family and other loved ones can always see it. You can upload cherished photographs, or share your favorite stories, and can even comment on those shared by others.

Posted Mar 19, 2021 at 05:29pm
Jimmy, Ross, and Cheryl,
I am so saddened to hear of your mom's passing. Both your mom and your dad were such great neighbors and friends of myself and John when we lived next door to them on OHIO St. Your mom and your late date were special people and will be truly missed. My best goes out to you and your families during this sad time. My thoughts and prayers will be with you all during this time. 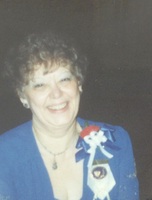