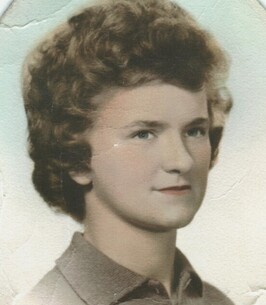 Millinocket – Gayle V. Sirois, 77, wife of the late Nelson Sirois, passed away Sunday, May 29, 2022, at her home. She was born December 20, 1944, in Island Falls, the daughter of Clifford and Mildred (Clark) Slauenwhite.

Gayle lived the last few years at Stearns Assisted Living where she “ruled the roost” and enjoyed strolling on her motorized wheels. She enjoyed playing Bingo for years, and often was the caller during her time at Stearns. Gayle loved collecting stuffed animals, and her collections were donated to St. Martin’s Thrift Shop, and some were given as prizes at Bingo! The family would like to extend a special thank you to the staff at Stearns Assisted Living for their many kindnesses and courtesies extended to Gayle to keep her at home, as she wished, and to Beacon Hospice for the loving care given to Gayle.

Gayle is survived by two children, Shelly Burrill and her husband Dana of Northfield and Lori Sirois and her husband Jeff Ketchum of Portland; six grandchildren, Derrick, Josh, Kayla, Katrina, Brittany, and Sarah; several great grandchildren; five sisters in law, Edith, Gloria, Sharon, Gloria, and Evelyn; two brothers in law, Roger, and Johnny; and several nieces, nephews, and cousins. In addition to her husband and parents, Gayle was predeceased by a son, Travis Sirois, and three brothers, Rodney, Clifford, and Gene.

Graveside services will be held 3 PM Saturday, June 4, 2022, at the Millinocket Cemetery. Arrangements are by Lamson Funeral Home, Millinocket. Messages of condolence expressed, at Gayle’s Book of Memories at www.lamsonfh.com.