To share your memory on the wall of Eleanor Webster, sign in using one of the following options:

Most of her life was spent in Springfield except for a few years during the war where she and Maynard lived in Pennsylvania until she moved to Lincoln 30 years ago. She was a member of the Springfield Congregational Church and was very active in the Ladies Circle for many years. One of her greatest prides was watching all her grandchildren graduate from college as she always wanted to be a teacher. She fulfilled that dream in part, as she was a teacher aide in the Lee school system for ten years, which she thoroughly enjoyed. She was also very proud of the fact that she knit over 100 caps for the soldiers in Afghanistan while living in Lincoln, where she lived her remaining years until moving in with her daughter in 2015.

Receive notifications about information and event scheduling for Eleanor

We encourage you to share your most beloved memories of Eleanor here, so that the family and other loved ones can always see it. You can upload cherished photographs, or share your favorite stories, and can even comment on those shared by others.

Posted Nov 30, 2020 at 10:59pm
A note of condolence to the Webster family, and especially to Barry. I just saw Eleanor's obituary. What a wonderful memory to see this. I grew up in Kingman, but Springfield was part of my stomping grounds as a high school girl especially when Barry was my boyfriend. Those were the days! Eleanor reminds me of my own mother who passed away in 2001. Eleanor had a wonderfully long life. Her family members are fortunate to have had her for so long. Blessings to you all during this loss.
Comment Share
Share via:
DF

Posted Oct 17, 2020 at 07:11am
I am David Broadbent, and I served as Principal and Teacher at the Eula Ham School for a couple of years. Eleanor was the Administrative Assistant at the School. I used to tell the staff, that Eleanor was really the principal and I got paid. Eleanor was certainly in control. I was thankful that she reminded me of all the things I was supposed to do to keep the Superintendent happy. I remember when we wanted to decide what color to paint the teacher's room - what a nightmare. I finally said to Eleanor, "You decide and order the paint! You will make a better decision than me." She did! It was beautiful when done. My condolences to the family. As a retired United Methodist Pastor, I want you to know that I firmly believe that Eternal Life is for those who believe. Eleanor beleived it!

Posted Oct 16, 2020 at 08:41pm
As a member of the infamous "North Road Gang" along with her son Barry I was always welcomed at her home. She was just another "North Road Gang" mom who always opened her home to all us road rats. I especially remember her Toll House Squares they were fantastic. She always seemed to muster a smile but then you'd expect that from a woman so beautiful inside and out. I'm sure she's celebrating her reunion with Maynard after so many years apart never to be separated again. Thanks Eleanor for a childhood filled with many wonderful memories. Perhaps we'll meet again one day, I hope so. 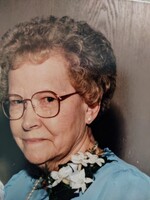