Obituary for Donald A. Belanger 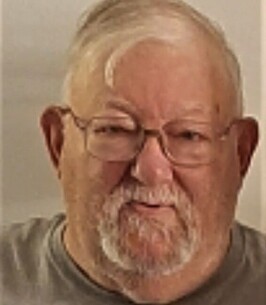 Lincoln and Topsham – Donald A. Belanger, 72, passed away Tuesday, June 28 ,2022 at his home, with his wife by his side. He was born January 31, 1950, in Bath, and was raised by his grandparents, Alfred and Yvonne Belanger, and later an uncle, George Belanger.

Donald attended schools in Rhode Island, graduating from Mt. Saint Charles Academy, class of 1969. He served a tour in Vietnam as a member of the US Marines and was awarded The Purple Heart for injuries received in the line of service on his birthday, January 31, 1973. For 30 years, Donald worked as a Paramedic, primarily with the Topsham Ambulance Service (Topsham Fire Department now), as well as with other ambulance services, and loved every minute of serving the public in that capacity. Donald embraced life, and thoroughly enjoyed sharing it with his family and friends. He was an active member of the Penobscot Off Road Riders ATV Club for many years, and also enjoyed camping, kayaking, and riding on his pontoon boat. Donald was also an able pool player and was known to enjoy a good coke from time to time, typically diluted with Bacardi Rum. He will be lovingly missed and fondly remembered by all whose life he touched.

Friends are invited to visit with the family 1-4 PM Saturday, July 2 at the Lamson Funeral Home, Clay Chapel, 7 Lee Road Lincoln. Military honors will be presented at the conclusion of the time of visitation. Gifts in memory of Donald may be sent to the Wounded Warrior Project, P.O. Box 758516, Topeka, Kansas 66675-8516, or to St. Jude Children’s Research Hospital, 262 Danny Thomas Place, Memphis, TN 38105. Messages of condolence may be expressed at www.lamsonfh.com.