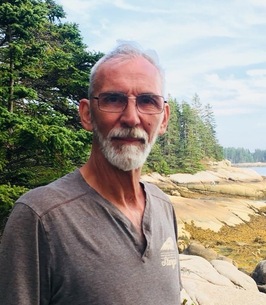 East Millinocket – Clyde M. Lufkin, 72, died unexpectedly at home in East Millinocket on Friday, January 14, 2022, after a brief but brave battle with cancer. He was born November 13, 1949, in Milo to Eugene L. And Velma M. (Plourde) Lufkin, loving parents who raised him in Lagrange in a very close-knit family of brothers and sisters.
Clyde graduated from Old Town High in 1967 then studied mechanics for a year before gaining employment at the Great Northern Paper Company in East Millinocket. He left to serve in the U. S. Army from 69-71 then returned to GNP where he enjoyed being a highly skilled papermaker for 46 years. He lived in East Millinocket with his best friend and wife of 36 years, Cathy Lufkin, and they traveled the country visiting children and grandchildren before and after his retirement. Clyde was a quiet and easy-going man who had a great gift for clever one liners making everyone laugh heartily. He was a gifted mechanic and craftsman who brought meticulous vision and work to projects ranging from home renovation to restoring classic hot rod muscle cars. He loved being with family sharing stories about younger adventures and being teased about his tendency to have a heavy foot. He especially enjoyed being with his sons and grandsons at NASCAR races from New Hampshire to Alabama, accompanying his son in a road trip from Alaska to Alabama, playing games and sharing recliner snuggles with his young grandchildren and great grandchildren. He and his wife spent many hours exploring Maine roads using the Delorme atlas and taking daily putt putt rides on area woods roads.
Clyde is survived by his best friend and loving wife, Cathy (Rogers) Lufkin of East Millinocket; sons Todd Lufkin and Mellissia Richards of Bradford, Drew Lufkin and Melanie Martin of Auburn, Alabama; a daughter Stacy Cochran of Lagrange; grandchildren Brittany and Jared Dupras of Akron, New York; Jessica and Cody Michaud of Hampden; Hayden Lufkin, Henry Lufkin, Meja Fleming and Keith Richards of Bradford; Gabriel and Harper Lufkin of Auburn, Alabama; and three great grandchildren, Charles and Brooklynn Dupras of Akron, New York, and Elliott Michaud of Hampden; two sisters, Orilla and Robert Dionne of Old Town; Pamela and Chris Loughlin of Machias; three brothers, Gerald and Betty Lufkin of East Millinocket; Carroll and Diane Lufkin of Winn; and Scott and Claudia Lufkin of Lagrange; and his cat Jack. Clyde had a very special friend of decades, Robert Chasse of East Millinocket, and together they enjoyed many adventures, most recently long weekends in the North Maine Woods. He is also survived by many aunts, uncles, nieces, nephews and cousins.
A private memorial service will be held for the family and a Celebration of Life will be announced at a later date. The family would like to thank all those who are part of Lafayette Cancer Center with special thanks to Dr. Saha, Dr. Castrucci, the Radiation and Chemotherapy Infusion departments and patient advocate Jean Richards.
Gifts in Clyde’s memory may be sent to the Lafayette Cancer Center, Brewer, 33 Whiting Hill Road, Brewer, Maine,. Condolences may be expressed at lamsonfh.com.