To share your memory on the wall of Aaron Gagnon, sign in using one of the following options:

In the words of Aaron’s idol, Rick Flair, “What’s causing all of this? Woooooo”

Friends of Aaron and Gerry are invited to visit with the family 12-1 PM Saturday, March 13 at the Lamson Funeral Home, Clay Chapel, 7 Lee Road, Lincoln, where a joint Service of Remembrance will be held at 1 PM. Services will be livestreamed, and messages of condolence expressed, at Aaron’s Book of Memories at www.lamsonfh.com. There will be a gathering at the American Legion Hall in Howland, immediately following the services.
Read Less

Receive notifications about information and event scheduling for Aaron

We encourage you to share your most beloved memories of Aaron here, so that the family and other loved ones can always see it. You can upload cherished photographs, or share your favorite stories, and can even comment on those shared by others.

We love you Chimpy... you will always be our Chimpy❤️❤️❤️ 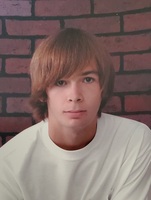 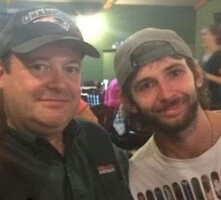